So I’ve prepared myself mentally now to embark on the new regime. I’ve used up or given away anything in the cupboards or freezers that isn’t vegetarian friendly. I’ve spent time batch cooking in the kitchen and I’ve bought food in for the cupboard and freezer so I have plenty to get started. Now it’s time to start the first week of the rest of my life…

I hadn’t started the diet at this point but it was one final day of preparation. I still had a couple of food items left that had to be used up. One was frozen, one chilled so I combined both into one meal. Being honest I didn’t overly enjoy the meat aspect of it. Even now I can’t understand why the cheese sauce used for the remainder wasn’t vegetarian friendly either as the ingredients seemed okay but it’s done with now.

The main thing for me was to spend some time in the kitchen doing what I had been planning all along – batch cooking. I’d bought some Quorn mince on offer from Iceland and decided to make use of it to cook a batch of bolognese sauce.

It wasn’t going to be the most elaborate or complicated of sauces. I wanted it to be enough to satisfy my hunger and be 100%. As long as it did both and tasted good I’d be happy. If it was relatively inexpensive that would be an added bonus!

At its core I was basing the sauce on just a few ingredients. Quorn mince, mushrooms, sweetcorn, passata, garlic, mixed herbs and tomato puree (to thicken the sauce). I may not be a fan of vegetables but there’s no denying that this doesn’t have its fair share!

I had a feeling that I’d get a few meals out of it all but it turned out better than I expected. With a couple of tins of sweetcorn and 500g of mushrooms to go with everything else, it was quite a balanced mix. After portioning it up I ended up getting enough for no fewer than five meals ready for the freezer! 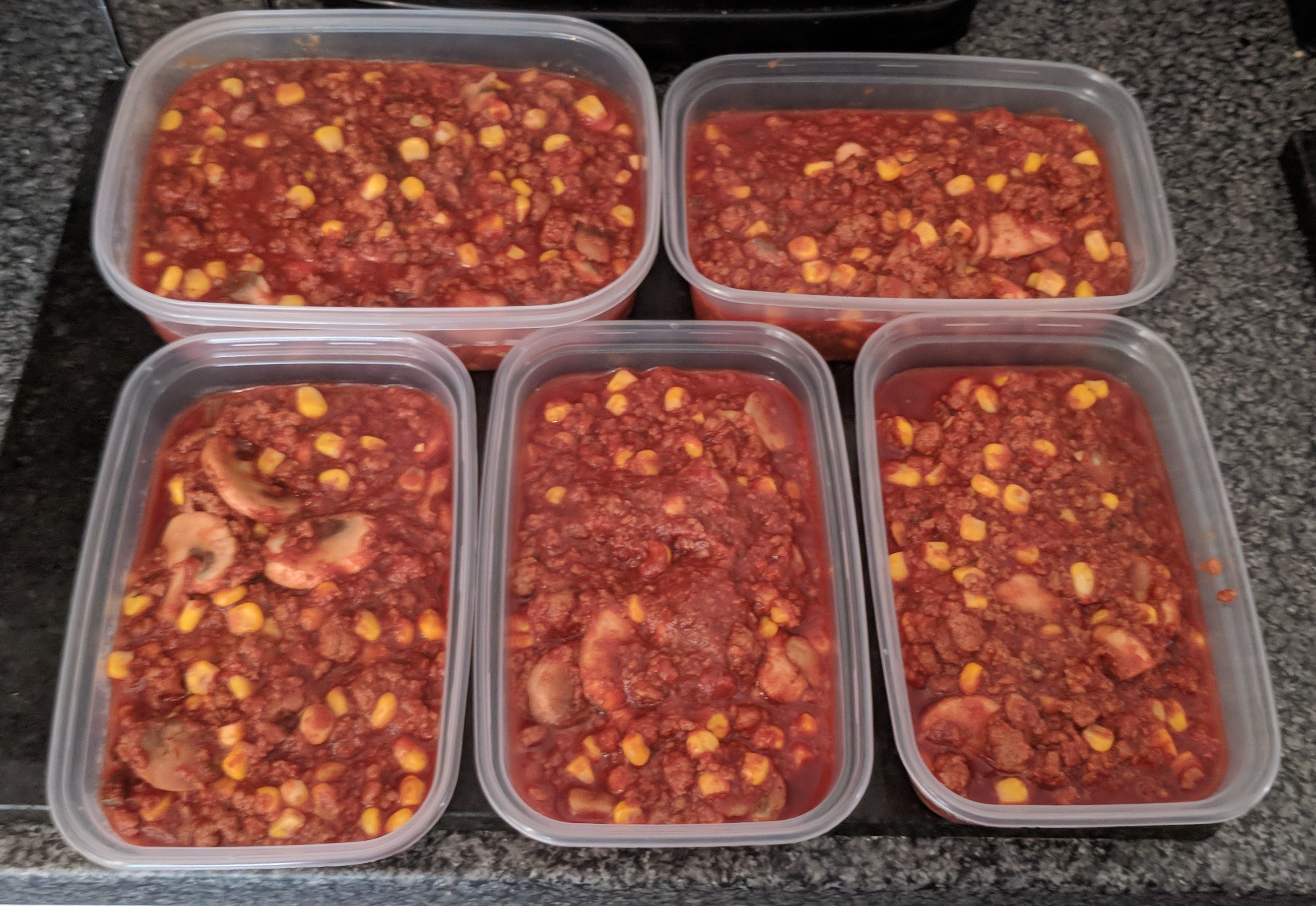 It wasn’t just the amount I made but the cost that I was happy with. The whole lot came to a little over £6 for all five. For something I could use with pasta, rice, potatoes – almost anything really – I was off to a great start for variety and flavour as well.