Now here lies a problem. Mastersound and Mastervision share one thing in common. They’re both released on what most people consider to be obsolete and worthless formats. Even most charity shops refuse to take cassettes, vinyl and VHS these days. While there are collectors out there for these formats (more so with vinyl) the majority of people see them as something that should only be destined for the local tip. So imagine the situation that we’re in… a budget VHS range that had a limited production run for each cassette originally back in the 1980s. These tapes had a low perceived value even back then. So Mastervision was probably regarded as being disposable even when VHS was still a current format.

Fast forward to today and the VHS collectors market is focused primarily on ex-rental and older cassettes. Basically tapes released before certification was added to tapes. Mastervision releases don’t fall into any of these collectible categories. Also the quantities produced made them scarce originally in the first place. Sadly with the majority of VHS being sent to landfill over the years, most Mastervision have been destroyed over the years leaving very small quantities in the wild. That left us with a few problems. Identifying them and buying them…

So with a couple of tapes in hand as a starting point I set up a spreadsheet and put in everything I knew. Adding tapes to the listing was the easy part. Each tape had a catalogue number beginning with MV and then a three digit number 001 – 060 so a basic spreadsheet was all I needed. For the most part they all use the same packaging template, just with slight artwork colour variations so spotting them in eBay or Facebook sales listings isn’t too difficult. But most sales – including those listed on Amazon – don’t mention Mastervision. That left us with something of a dilemma. How do we know what titles are actually out there?

The initial step was to combine both my own list and Derek’s from titles we owned and uncovered from our own searches. These were often based on eBay searches as I mentioned (looking for Mastervision) or hunting for images on Google. These searches often brought up cover art for the cassettes. That lead us to assembling an initial list of about 20 tapes, some with numbers and some that we had names for but no numbers. But at least it was a start.

Looking at the list we had assembled we noticed a few patterns emerging. A lot of the tapes had also been released previously by the same companies. With that in mind, a fresh search started for releases from those companies instead, noting as many of their titles as possible. Following that up, we could then search again just for those titles and see if any come up as Mastervision releases. We didn’t get much luck but the odd one or two surfaced.

I did strike gold on more that a few occasions on Facebook this year as well. I’m a member of several VHS collectors groups and as well as general discussion about collecting, most offer buying and selling. While most focus on ex-rental releases, they do cover limited sell-through tapes. It’s here where I’ve put out a call for Mastervision releases. Not only have some sellers come forward with titles I haven’t owned, but ones I didn’t even know existed. It’s been fantastic to see both the collection grow and our list as well.

Probably the one I have been happiest with so far was a chance find quite recently. While doing a generic search for Mastervision, as well as finding a number of tapes I didn’t own, something strange came up. A concert video from singer Tony Bennett. It was a title I hadn’t heard of, but more unusually the packaging bore no resemblance whatsoever to the Mastervision standard layout. Obviously, I had to know more…

After a quick message, the seller replied with more photos and the tape indeed proved to be a Mastervision title! The spine featured the correct numbering, and the tape was correctly labeled. For some reason, this cassette was part of a In Concert Series sub-range. Like the Bulldog and Entertainment USA ranges from the software side of Mastertronic, this appeared to be a sub-set while still part of the main range’s numbering. It was quite an exciting find. 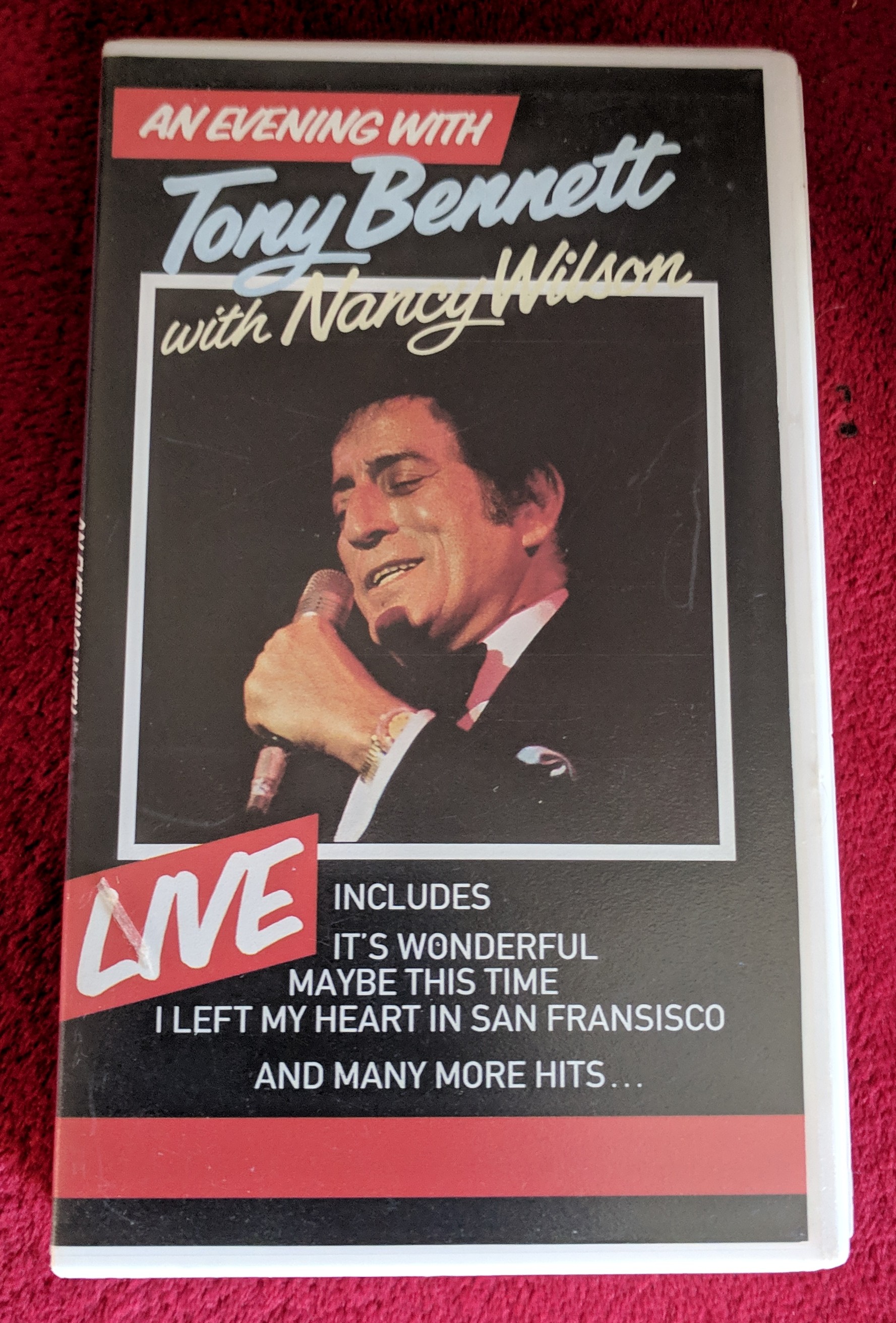 Working with Derek closely on this, we found several other titles in this range including performances from Tom Jones and Fats Domino. The exact box art does also appear to have been used by another publisher (I assume the company they were licensed from) with different side numbering which is going to make finding them a little more difficult. Regardless, it’s a huge step forward with the listing and potentially means that we’ve identified several more titles overnight!

It’s amazing to look back and see how far the hunt has come. A few months ago we knew of around a dozen Mastervision titles. And my own collection had just three cassettes. Now I’ve got 16 in the collection (over 25%) and we’ve identified 34. Could we have the full range listed by the end of the year? It may well happen. Just watch this space…