A few months ago I talked about my love of Mastertronic. The video games publisher from the 1980s and 1990s and my obsession with collecting all of their games. As part of that, I mentioned an experiment the company conducted in 1987 when the branched out beyond games. That experiment saw the launch of two new labels under the direction of one of their staff members Geoff Heath. Thus Mastersound and Mastervision were born.

Geoff Heath came to Mastertronic from a background in the music industry rather than distribution or software as many other key members in the company. As such both ranges were something of his own personal projects. Neither really fit into the overall remit of the company and were quite unusual additions to the Mastertronic portfolio. Mastersound was an audio range, specifically themed compilation albums predominantly using re-recordings of songs either from different genres or decades. Each release generally used the original artist or – in the case of bands – a variation on the original lineup. The recordings themselves were pretty good and were great value for money.

All I knew with Mastersound was that nine titles were released on cassette and vinyl. After looking at magazine adverts, press cuttings and a few photos from old eBay listings and Google I’d managed to identify every release. That was the easy part. As with their video game counterparts, every title had a reference number and that was the first stumbling block as I’d only identified that for a couple of the releases. As for buying them… I’ve been searching for a long time and only ever seen one in the wild.

If Mastersound was a strange decision to add to the company, Mastervision was even more bizarre. While the idea of a budget price range of VHS tapes was a sound one, the execution was abysmal. The range consisted of re-releases of material released by a wide range of other video companies. However, there seemed to be no coherent plan to what was actually released. From what I can tell, 60 tapes were released in total ranging from anime to action movies, childrens films from the 1950s to musicals, concerts and horror and everything else in between. 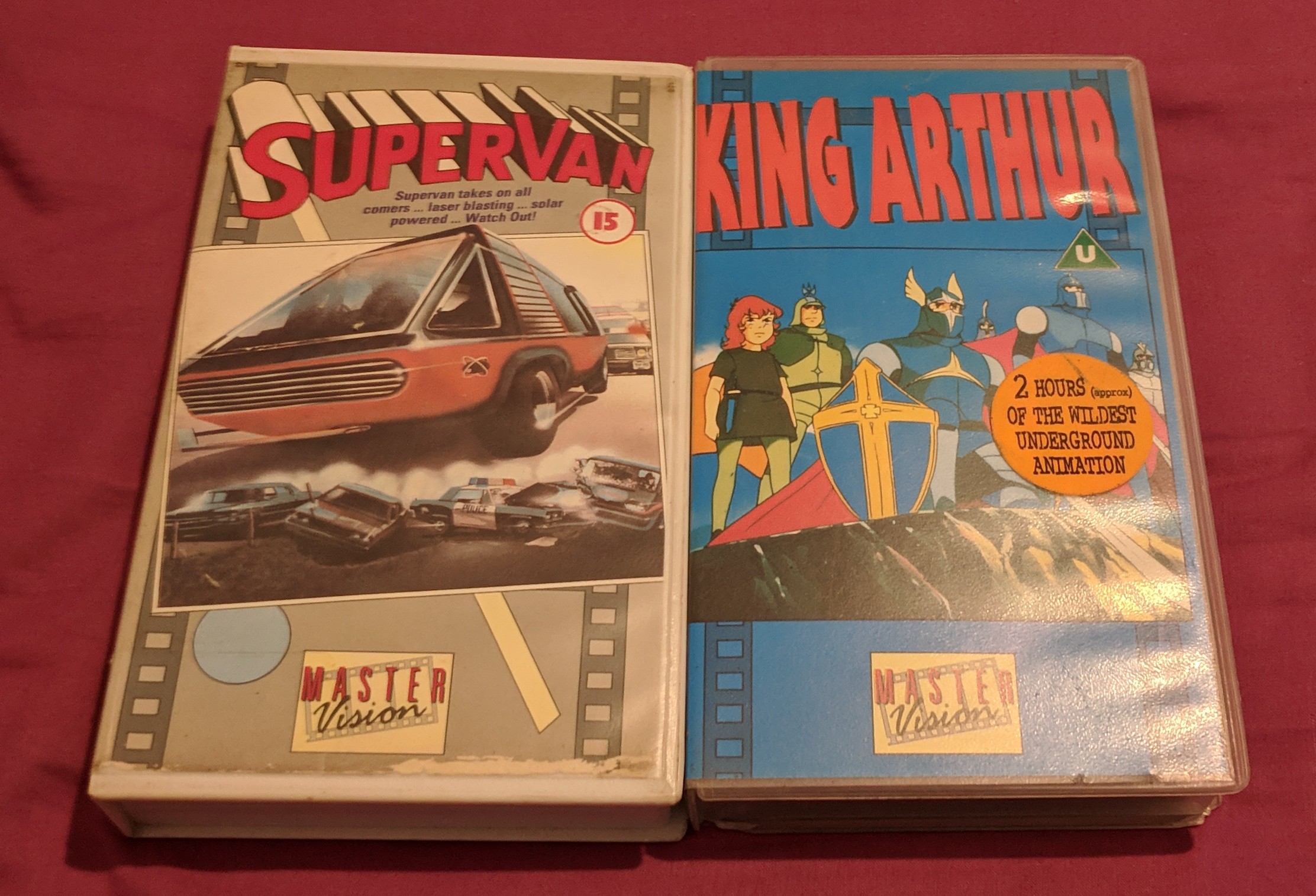 Identifying these was just as hard as the audio releases. Knowing what the logos looked like helped and a quick eBay search identified a couple of common tapes so I was able to get my collection off to a start. But after that it quickly ground to a halt. Maybe this wasn’t going to be that easy afterall?

The Hunt Is On…

Having set out to obtain both complete sets (as part of my overall goal to get every Mastertronic release), things were complicated more when it came to Mastersound and even more so with Mastervision. With Mastertronic there are a lot of active collectors out there, most of whom have been working on checklists for years and I’d already got a mostly complete list myself. I’d also been in touch with Anthony Guter, Mastertronic’s former Financial Director who helped me out with access to some of his old records. It wasn’t going to be that easy with the two media labels as no such records existed.

Help was at hand though. Running the Mastertronic Collector’s Group on Facebook I got talking to one of our members, Derek Glen. Derek, like myself, shared an interest in collecting the Mastervision tapes so we started to pool our resources to compile a definitive list and attempt – once and for all – to identify all of the releases and to attempt to obtain the complete set.